Finally Ferrara: Postcard From a City That Called Me Back

Ferrara is a gorgeous little city in Emilia-Romagna known for its Renaissance walls and palaces, the Castello Estense, and its rich Jewish heritage.

Have you ever pulled into a train station on your way to somewhere else and then promised yourself that someday you would make your way back? That was my experience with Ferrara.

Almost 20 years ago while on a regional train from Rome to Venice, I glimpsed Ferrara from my train window and instantly felt a longing for the place. It helped that the town had been recently kissed with an unusual late November snow, thereby leaving an impression in my mind of a cozy, wintry village.

Most of that was an illusion, a memory I must have settled on because I liked the name of the town: Ferrara.

For someone who is not only able but thrilled to roll her Rs when speaking Italian, Ferrara provided me with the name of an idealized northern Italian town that I could put on my must-see list. Even if I had no idea what it was that I had to see.

At the end of December, I learned what was worth seeing (and worth eating) in Ferrara.

This post is mostly a gallery of some of the images that I captured in Ferrara during the holiday season, a time when the city is cold and foggy yet warm and sparkly thanks to its large food and gift market on the Piazza Trento e Trieste.

Ferrara is also a hub for holiday tourism as it boasts a choreographed New Year’s Eve fireworks over the Castello Estense, the city’s main landmark.

Outside the Castello Estense

Castello Estense in Ferrara. Here you can see the castle prior to New Year’s Eve fireworks. © Melanie Renzulli

Statue of Girolamo Savonarola. The firebrand Dominican priest was born in Ferrara in 1452. This statue and his namesake piazza are overshadowed by the Castello Estense. © Melanie Renzulli

A Quick Background on the Castello Estense

The castle is named for the House of Este, the dynasty that ruled this area from the mid-13th to the late 16th centuries. As for the history of the family’s namesake castle, the official website has a good overview of Castello Estense’s evolution from watchtower (12th century) to military fortress (14th century) to ducal residence (16th century).

Inside the Castello Estense

Inside the Castello Estense of Ferrara: it’s me! The paintings on the ceiling were being restored. Mirrors were set up throughout the castle so you could see the art without craning your neck. © Melanie Renzulli

Inside the Castello Estense of Ferrara

Inside the Castello Estense of Ferrara. Walking in the bowels of the castle and passing by old dungeons and prisons. © Melanie Renzulli

Around the Duomo and Piazza Trento e Trieste

Lining up for mulled wine, torrone, and other treats at the Christmas market on Piazza Trento e Trieste in Ferrara. © Melanie Renzulli

Marble statue in the Duomo of Ferrara © Melanie Renzulli

Christmas presepe in the Duomo of Ferrara © Melanie Renzulli

Other Sights in Ferrara

A woman bikes in Ferrara. The city’s flatness lends itself well to biking. It seems like everyone, young and old, uses a bike to get around town. © Melanie Renzulli

A man bikes down a street in Ferrara. Note the cappellacci di zucca sign. © Melanie Renzulli

I regret that I didn’t see as much of Ferrara as I would have liked.

I missed touring its Renaissance walls, one of its most distinctive features beyond the Castello Estense. My hope is to one day return to Ferrara during warmer weather, rent a bike, and ride the circumference of the city walls.

Another aspect of Ferrara I had hoped to explore but did not have the time was Jewish Ferrara, particularly the Ferrara as described by writer Giorgio Bassani in The Garden of the Finzi-Continis.

All we managed to do was stroll down Via Mazzini, one of the main thoroughfares of Jewish Ferrara, and see the exterior of the city synagogue. But there is so much more to see and learn according to the local tourism board, which offers itineraries on Giorgio Bassani’s Ferrara and Jewish Ferrara for those who want to discover it.

I also missed touring inside several palaces, including the Palazzo Municipale and the Palazzo Schifanoia, famed for its frescoes that were added to “avoid tedium” (schivar la noia).

Other missed palaces were the Palazzo dei Diamanti, site of the Pinacoteca Nazionale and a contemporary art gallery,  and the Palazzo Costabili, known for the Renaissance ceiling frescoes in the Sala del Tesoro in addition to housing the city’s archaeological museum.

Despite all I missed in Ferrara, I feel like I saw a lot to inspire me to return. Hopefully next year I can come back when local soccer club SPAL is playing in the Serie A. Have you followed the team’s amazing rise in the Serie B? It’s a Cinderella story worthy of a dreamy little Renaissance town like Ferrara. 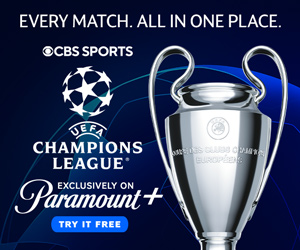