Italy is one of the best places in the world for shopping, particularly for designer goods. But what if you can’t afford — or don’t want to pay — retail prices?

If you are visiting in January or July, you can take advantage of the twice-yearly saldi (sales). Many stores slash their prices as much as 50% at the beginning of the saldi to make way for new merchandise. The discounts continue for about a month, getting better as time goes on. Of course, the best stuff goes fast.

For the rest of the year, consider visiting Italy’s designer outlets or factory stores. Italy has outlet malls on the outskirts of most of its big cities. These outlets and factory stores offer year-round discounts on the latest styles. But they also participate in the twice-yearly saldi. So, if you time your visit right, you could see substantial discounts on clothing and accessories from big-name Italian and international designers. 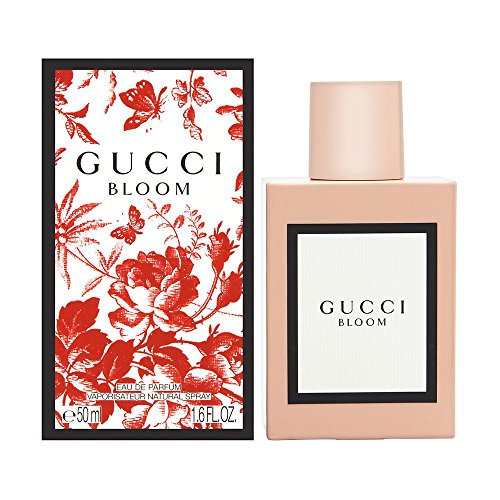 Below is a constantly evolving list of factory stores and outlet malls in Italy. Most of these outlets offer shuttle bus services, making it easy to fit in a shopping excursion during your Italy visit. Many, if not most, also offer the possibility of arranging a private transfer or booking outlet visits for groups.

Outlets Near Florence and Bologna

Barberino Outlet, by the McArthur Glen Group, has a variety of Italian and international stores, including A. Testoni, Aniye By, Adidas, Furla, Gap, Gallo, Geox, Les Copains, Polo Ralph Lauren, Vans, and more. A shuttle bus is available from the Santa Maria Novella train station in Florence.

SEE ALSO:   'Romulus' TV Series a Dramatic Look at the Founding of Rome

The Mall Luxury Outlets offers, as the name implies, one of the more luxurious outlet experiences in Italy. Here you can find significant discounts on famous names like Alexander McQueen, Balenciaga, Bottega Veneta, Burberry, Chopard, Dolce & Gabbana, Emilio Pucci, Etro, Givenchy, Gucci, Valentino, and Versace. The Mall’s Shuttle Service must be reserved, but it will pick you up at your hotel in Florence. Ask your concierge for assistance.

Space, in Montevarchi near Arezzo (Tuscany), is dedicated to selling last season’s clothing, shoes, and accessories from Prada and Miu Miu.

Spaccio Della Valle is the factory outlet for Tod’s and Hogan, which are manufactured in Ascoli Piceno, Le Marche.

Castel Romano is another McArthur Glen-owned property featuring designer looks at deep discounts. There are 150 stores here, including Camper, Coach, Ermenegildo Zegna, Gallo, Hugo Boss, Jimmy Choo, Karl Lagerfeld, and Moschino. Rome brands David Saddler and Valentino are also here. Castel Romano is in the area south of Rome known as the Castelli Romani and has a shuttle bus at Termini Station.

Valmontone Outlet, also south of Rome, is a 180-store outlet popular with Romans and Neapolitans as the shopping center is located on the A-1 about halfway between the two cities. Shoppers come here for brands such as the AS Roma Store, the Lazio Store, Empresa, Gattinoni, Sandro Ferrone, and Trussardi. Like most outlets, Valmontone has a shuttle. However, it is available only from Rome.

Noventa di Piave is the largest designer outlet mall near Venice. Among its 150 stores are Italian brands including Prada, Dolce & Gabbana, Fendi, Gucci, Bottega Veneta, Missoni, Valentino, and quite a few others. It also has 10 restaurants to help fuel you for a day of shopping.

Noventa di Piave Designer Outlet is about 30 minutes outside of Venice. There is a shuttle bus from several points in the Venice area (e.g., from Venice Mestre train station and from the airport). Public transportation by train and bus is also available.

In addition to the Valmontone Outlet, listed above, there is another outlet near Naples that is worth a visit.

Outlets in and Near Milan and Turin

McArthur Glen Serravalle was the first and is the largest all-in-one outlet mall accessible from Italy’s fashion capital of Milan. Seravalle Outlet has more than 300 designer brands under its roof, and you can find discounts on last season’s hottest styles from Versace, Dolce & Gabbana, Fratelli Rossetti, La Perla, Bulgari, Nike, and more.

Franciacorta Outlet Village, also known as the Land of Fashion, is an elegantly designed shopping destination where you can find up to 70 percent discounts on items from Adidas, Nike, Puma, Brooks Brothers, Calvin Klein, Pinko, Boggi Milano, Romeo Gigli, Geox, K Way, and many more. In October 2018, the outlet village completed an expansion of 5,000 square meters, adding 30 new retail stores, a children’s play area, and a regional tourism information center.

Franciacorta Outlet Village is near a beautiful area, the wine region of Franciacorta, an itinerary in itself. If you’re just in the mood to shop shop shop, the mall offers a daily shopping shuttle, picking up from Largo Cairoli in Milan and departing Franciacorta in the evening at 6:30. Yet another shuttle, departing at 2 and returning in time to catch the Milan shuttle, takes guests on a local wine tour. What a great way to integrate some local history and culture into a shopping outing!

Vicolungo The Style Outlets house 150 stores in a pavilion 30 minutes outside of Milan in the Piemontese province of Novara. Brands here include favorite sportswear brands – Adidas, Puma, Vans – and other Italian favorites like Colmar, Intimissimi, Iceberg, Twin-Set, Liu Jo Uomo, and more. Armani Outlet and Missoni are also here.

SEE ALSO:   Racing Across Rome and Other Ways to Exercise in Italy (When You Can't Be There)

Head over the border to get tax-free deals in Switzerland.

One way to reach FoxTown is by train, as the outlet offers discounts to participating stores through its Green Pass initiative. This being Switzerland, the train is punctual and accessible, being only a two-minute walk from the Mendrisio San Martino stop. The train takes about 1.5 hours from Milano Centrale (with at least one stop) or about 30 minutes from Varese.

FoxTown Factory Stores are 50km by car from Milano on the Milano-Lugano highway. There is also a round-trip shopping tour from Milan available from Zani Viaggi.

Note that if you plan to visit Switzerland, you will need to secure your Swiss visa beforehand. If you’re not sure whether you need a visa for Switzerland (European and U.S. citizens don’t), read this resource on Schengen visas.

Sicilia Outlet Village is closer to Catania and Taormina than to Palermo. But there are daily shuttle buses from these and other cities.

For a more updated list of where to shop, with detailed descriptions of outlets and boutiques, check out Suzy Gershman’s Born to Shop Italy.

There are a ton of websites for learning more about outlet shopping in Italy, from search/review sites to niche blogs. A helpful site is Factory Outlet Shopping Italy, which lets you search by region or brand. The Colosseum is a fascinating structure no matter where you view it. But my favorite perch from which to view the Colosseum has to be on this footbridge that spans the busy streets of the Monti neighborhood. The footbridge is hardly a secret — you’ll find handfuls of tourists here at all hours of the… When my colleagues in the Italy Blogging Roundtable and I decided to write on the topic “gifts” for our December post, I knew exactly what I wanted to write about. I knew straight away that I didn’t want to write about Italian gifts you can buy in a store, though there are many I desire… I’m not much of a winter person. That’s one reason I like Rome so much. It rarely snows here. The last time was in 2012 – six years ago. Despite that, I have always wanted to see Rome with a dusting of snow. This morning, I got my wish and then some. The snow started… While hundreds wait in lines in the harsh sun to get into Saint Peter’s, the Archbasilica of San Giovanni in Laterano, also known as the Cathedral of Rome, is practically empty. San Giovanni is the oldest and largest papal basilica in Rome, although it has gone through many reconstructions over the years due to earthquakes,… The Daily Mail reports on three depopulated Italian towns — Gangi (Sicily), Carrega Ligure (Piedmont), and Lecce nei Marsi (Abruzzo) — that are offering real estate for about €1 down…plus a commitment of €25,000 in renovations and upkeep. They are set in villages that are just a hairs-breadth away from becoming one of Italy’s fabled ‘ghost…